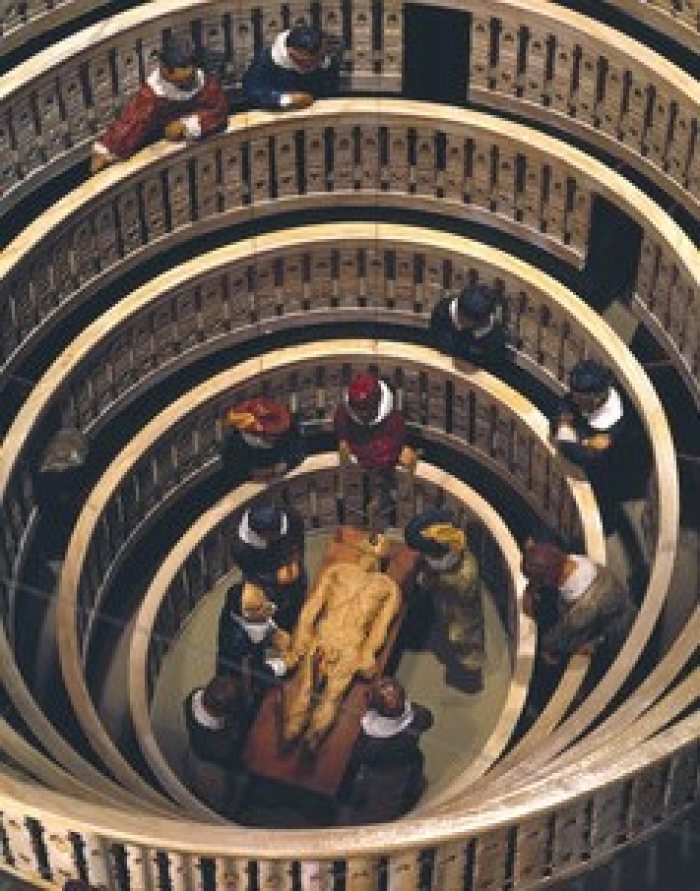 In the fourth episode of The Jackdaw Mysteries, Dr Nicholas Shelby and his new wife, Bianca, find themselves forced to flee England. Following the ancient pilgrim trail, the Via Francigena, they make for Bianca's birthplace, Padua. Meeting up again with Bianca's wayward cousin, Bruno, they think themselves safe. But someone they have met along the way soon brings a threat just as lethal as the one they have escaped. In the newly opened anatomy theatre at the city's university, a struggle will take place to save not only their own lives, but also the life of one of the greatest thinkers of the age, Galileo.