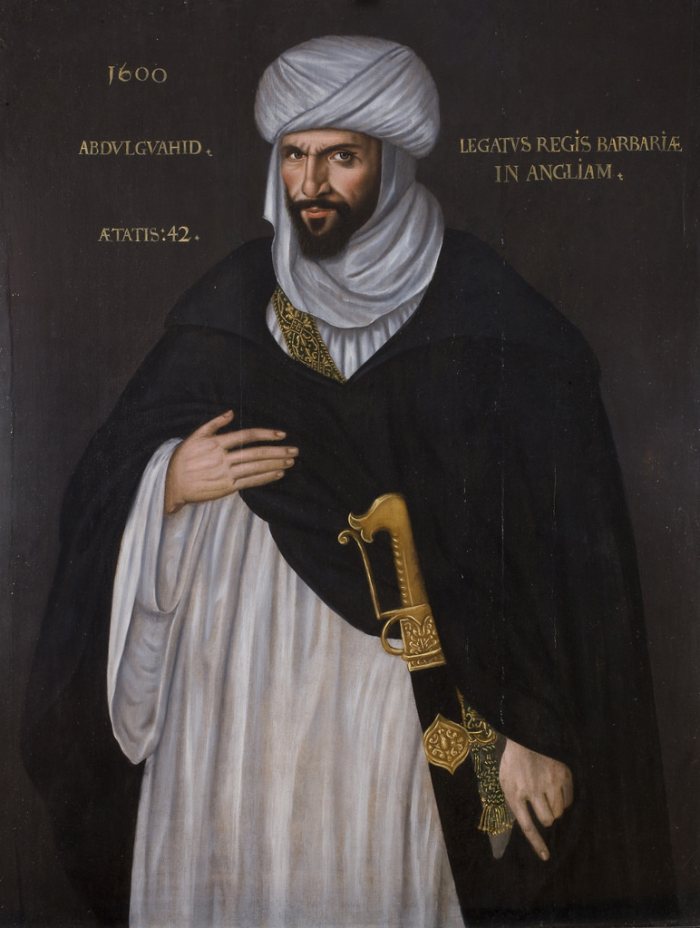 I never expected to come across an idea for a novel while skimming through a dry account (published in 1959) of trade relations during the reign of Elizabeth 1st. But then, within its yellowing pages, I learned of the Barbary Company, one of several prototypes for the later - and much more famous - East India Company.

In 1581, Queen Elizabeth issued a warrant which allowed a London merchant, one John Symcot, to import Moroccan saltpetre in exchange for English timber. It is possible Symcot was an agent of the Earl of Leicester, who had the monopoly on exporting timber. Within a few months, the Spanish ambassador to London was reporting the news to his master, King Philip in Madrid.

Why was the ambassador so interested in English trade with an Arab nation? The answer is to be found in the production of saltpetre, a crucial component in the making of black powder – gunpowder. Moroccan saltpetre was amongst the finest in the world. Better black powder meant more effective cannon, and England was on the brink of war with Spain.

In the years that followed, Muslim Morocco and Protestant England became unlikely allies. On the surface, the relationship was purely mercantile: English wool in return for Eastern spices and sugar. But the two nations participated in a covert mutual arms trade. Saltpetre was shipped to England for the making of gunpowder, while muskets were dispatched to Morocco to help protect the country from the Spanish, whose client Portugal had only recently been expelled from the country.

This, then, was the political backdrop I chose for The Saracen’s Mark, in which Dr Nicholas Shelby travels to Marrakech on a mission from Sir Robert Cecil, the queen’s spymaster. It was also the ideal opportunity to present Nicholas, a man with a questioning mind, with evidence of the contribution made by the early Islamic world to the progress of medicine, science and philosophy, a contribution still under-acknowledged in the West today.

The Barbary Company itself, set up by the Earls of Leicester and Warwick and comprising some forty English merchants, only lasted until its charter ran out in 1597. But the diplomatic relationship endured. In 1600 the first Moroccan ambassador – Abd el-Ouahed ben Massaoud ben Mohammed Anoun – arrived in England. His portrait hangs today in the Shakespeare Institute in Stratford-upon-Avon. It has been suggested he was the inspiration for Othello.